Our staff is the backbone of Golden State Gymnastics. 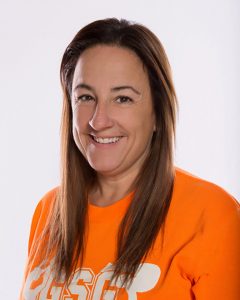 Lori was born and raised in Southern California. She moved to Burbank in 2004, and quickly became involved in the community thanks to her kids. Lori has three sons and one daughter. Some of her accomplishments and roles within Burbank have been: Team Mom, Girl Scout Leader, President of BHS Football Boosters, Vice President (over membership) of PTSA at BHS, and President of PTSA at BHS. She has received Volunteer of the Year from Burbank Vikings and the Honorary Service Award from PTA. Lori’s favorite title is Grandma. She has four granddaughters, Iziella, Jayden, Melanie and Angel. She enjoys spending her days off at Disneyland and other vacation spots with her grandbabies and kids.
Lori came to GSG in March of 2012. She has done a little bit of everything; ranging from ordering supplies to helping cover the front office, or learning how to become a meet director for GSG’s annual meet. Lori’s knack for organization and being a team player makes it possible for her to keep track of our competitive teams’ uniform needs, athlete and meet registrations, and all else encompassing team. She also assists in projects where needed. Lori loves being part of the Golden State Gymnastics family and helping kids get the best possible gymnastics experience. 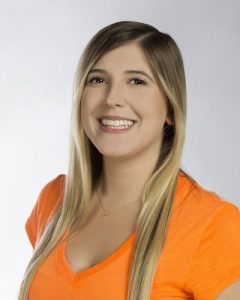 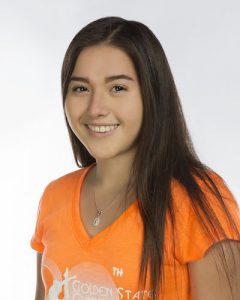 Adriana was raised in Burbank, CA. She is attending John Burroughs High School and will graduate in 2019. Adriana grew up with a strong passion for gymnastics, starting when she attended a YMCA gymnastics class at the young age of 3. She then moved on to Golden State Gymnastics, working her way up through the levels and eventually to PALS. Throughout her passionate years of being a gymnast, she has now decided to help and coach others, hoping to inspire them to love gymnastics as much as she does.

Anthony grew up in North Hollywood, CA. He attended Bowman High School in Valencia, CA. After high school he attended Los Angeles Valley College. After 2 years of a Community College, decided to pursue a Culinary Degree at Le Cordon Bleu. After many years of cooking in bars and restaurants, he then decided what would be best for his future would be to go back to school to pursue a Bachelor’s Degree and become an Accountant. In his free time, he enjoys going to the gym, riding his skateboard, and attending concerts. He hopes to also one day compete in a weightlifting competition. 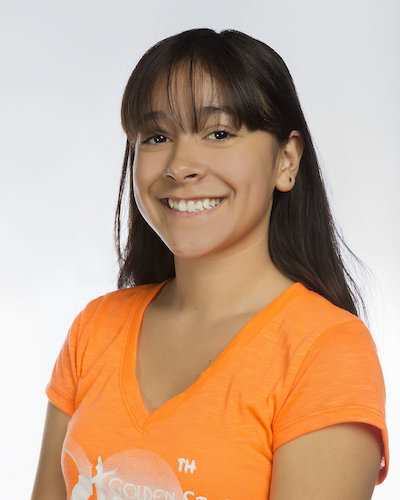 Bianey was raised in Burbank, CA. She attends John Burroughs High School where she played water polo during her sophomore year. Bianey practiced gymnastics for 2 years at Golden State Gym and is excited to now work in the office. She wants to attend University of Hawaii and major in medical science.

Hana was raised in Los Angeles, California. She graduated from Eagle Rock High School in 2015 and is currently pursuing a degree at UCLA. She was introduced to gymnastics at 6 years old, before joining the USAG competitive team at the age of 8. Hana competed until the age of 16 in USAG, before transitioning to USAIGC for her final year. She competed up to Level 9 in USAG and the Gold Level in USAIGC. Hana moved to GSG in 2010 to continue her gymnastics career and has continued to coach both recreational and competitive gymnastics after her gymnastics retirement in 2014. She has worked with all levels of recreational gymnastics from Pre-school to PALS and has also worked as a coach for the competitive USAIGC and Xcel team for 4 years. As a coach, she strives to teach proper technique, skill, and form, while also making gymnastics both an enjoyable and rewarding sport. She wants to share her passion for the sport and help young gymnasts achieve their gymnastics goals. Besides gymnastics, Hana enjoys art, photography, learning languages, and traveling around the world.

Laura is a proud Los Angeles native. She was born in Santa Monica, California and spent the majority of her childhood in a small suburb on the border of Ventura County. Growing up, Laura idolized female action heroes. She wanted to be strong, independent, and confident; to fight for good and to be able to perform incredible physical feats. When Laura saw elite women’s gymnastics on television, it was without a doubt the most superhuman thing she’d ever seen in real life. That’s when she decided she would learn to fly.

She began recreational tumbling and gymnastics classes at nine years old where she demonstrated a strong natural ability and immediately became obsessed! Laura soon branched out into club gymnastics, but the competitive options available at that time were limited and her interest in competing eventually waned. She devoutly remained in classes and private lessons though, eventually performing skills up to what is now Level 8. It certainly did feel like flying!

Laura started her very first job in 2005 as a preschool and recreational coach at a small boutique gym. As her experience and expertise grew, she went on to coach at multiple prominent, nationally-ranked gymnastics clubs in the greater Los Angeles area; eventually making the jump from recreational gymnastics to team coach in 2012. Laura has been fortunate enough to learn from a diverse set of excellent veteran coaches that she has worked with over the years, including award-winning current and former U.S.A. national team coaches.

Laura is a USA Gymnastics safety-certified professional and a USAG certified Junior Olympic Development Coach. She has experience coaching USAIGC, USAG Xcel, and USAG J.O., and continues to update and expand her knowledge with professional congresses, workshops, and clinics. Laura is also a certified competitive judge with the National Association of Women’s Gymnastics Judges! She currently holds her 4/5, 9 rating and hopes to achieve her Level 10 rating this fall.

She is every bit as “obsessed” with gymnastics today as she was when she began 22 years ago and she aspires to open and own her own gym one day. Laura has been with Golden State Gymnastics since February 2019. Her goal has always been to pass on her passion to new generations and to empower young girls with the magic of gymnastics.

Lilit is currently attending California State University Northridge, majoring in Child and Adolescent Development. She plans to pursue either teaching or children’s social work. Lilit believes childhood is a special time in the human life cycle and plans to promote that through her position at Golden State Gymnastics. When Lilit is not at school or working, she enjoys hiking, trying out new cafes, and spending time with her two dogs at home.

Stephanie was born and raised in Burbank, California and learned to cartwheel and tumble at an early age due to her mother’s background in gymnastics. Stephanie graduated from John Burroughs High School in 2014 and graduated in May 2018 with a Bachelor’s Degree in Interdisciplinary Educational Studies and a minor in Psychology from California Lutheran University. Stephanie is in her final year of school, pursuing her teaching credential. Stephanie’s past experience with gymnastics and her love for working with children influenced her decision to become a Summer Camp Counselor for GSG starting in 2012, and she has returned almost every summer since. Stephanie loves her role as Head Summer Camp Counselor – working with new campers and gymnasts every single week and watching their enthusiasm for gymnastics grow brings her great joy and she looks forward to returning to camp every summer. 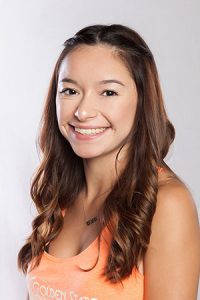 Sydney was born in Rancho Cucamonga and moved to Burbank in 2006. She graduated from John Burroughs High School in 2016 and is currently in college working towards her nursing degree. She has always loved working with kids from a very young age and strives to help them in the future, in the medical field. She joined Golden State Gymnastics in 2015 after her younger sister was involved in the program for many years. She loved the atmosphere and wanted to be a part of the team that helps make every child’s gymnastics experience one to remember. 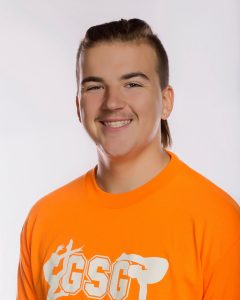 Max graduated from Burbank High School in 2020 where he was a 4 year student athlete; playing football. He is the youngest of four siblings and the “fun” uncle to his nieces who adore him. Max is great with kids and volunteered at GSG for a year and a half before becoming “officially” employed. He is great with problem-solving and loves “fixing” things. Max is excited about working at Golden State Gymnastics where he can help make the gym a fun, safe, and healthy place to be!

Golden State Gymnastics is a 501(c)(3) non-profit organization, which is governed by a Board of Directors. Board Members are; Whitney Wallace, President; Camille Goldberg, Treasurer, Jordan Goldberg, Secretary; Ron Dahlia, Alan Goldberg, Janee Tomlinson, Debbie Lewis and Gianna Dahlia, members. If you have any questions, comments, suggestions or concerns about any aspect of the Golden State Gymnastics program, please feel free to contact any of the Board Members through GSG’s front office. 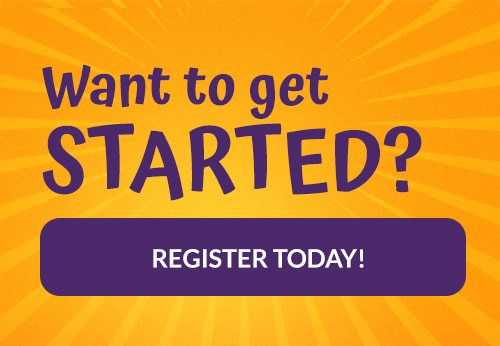